Ten grand monthly salary for an in-house intern. Are you kidding me? 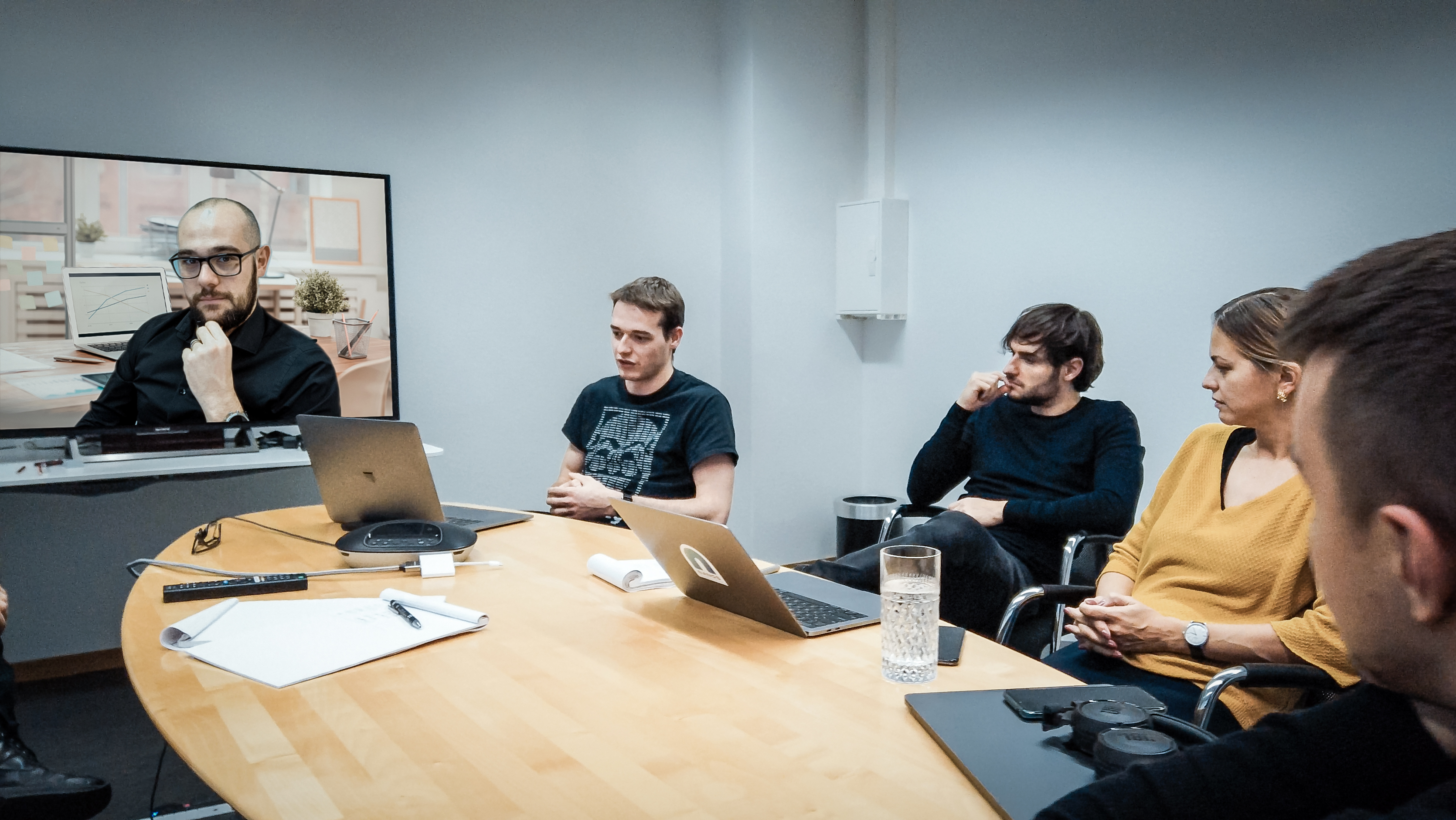 My dev team is all-remote

Tech talent will continue to be in high demand and salaries are set to grow for the next 20 years, worldwide. Sending your child to a coding school or to a computer science class (should he or she be interested in the topic) is the best you can do as a parent today, to ensure your kid is prepared for life.

With cheap computing power and internet cloud services becoming widely available, technology has made a bigger fast-forward jump in the last few years than in the entire last century altogether. In this new digital age, a young graduate who did not grow up with a remote control, but with a smartphone in their hands, has access to many more opportunities to kick off a very successful professional career than ever before.

It's no secret that Switzerland goes through interesting times as well. Due to the current tax and economic situation and top technical schools, there are currently so many Swiss-based companies that can offer exciting, challenging and high-paid jobs to the new generations of students who are graduating within the next three to five years. In particular, it is very true for any teenager who is good in math: computer science students in the machine learning field from Swiss Federal Institute of Technology in Lausanne (EPFL) and Swiss Federal Institute of Technology in Zurich (ETH Zurich) — two Swiss technical education titans — are specifically in high demand. Those students usually have multiple hefty offers from large companies before they even finish their Masters.

Having said that, any IT field specialists in Switzerland, or simply said, coders, are hard to find. If you are a coder anywhere between 16-55 years old, there is a huge lineup of international corporations and startups who will be after you, offering salaries anywhere between CHF100 - 250K/year (USD 102 - 255K/year), depending on the company and experience level. Salaries for software developers are going through the roof mainly due to multiple big players who have opened their research and software development centers in the country: Google, Facebook, IBM, Microsoft, Huawei, Alibaba, just to name a few. A computer science intern’s (!) salary in some of them ranges between CHF 8 – 10K/month (USD 8.2 – 10.2K/month).

Involuntarily, most companies now are forced to go for tech talent abroad – to make the cost of human coding power a bit more affordable. Since virtual meetings technology nowadays is widely available, it's no longer important for the whole team to work out of the same space.  One can be busy from anywhere, as long as it’s more or less, the same time zone. There is a so-called "distributed teams" phenomena in tech companies where there is a main office somewhere and 1–10 people teams are distributed across multiple countries. Those teams e-meet once a day for a standup meeting to discuss development progress and challenges.

Nanos is a very good example: we are a machine learning company who built a platform where any business can be visible online without hiring a marketing specialist, or requiring a big financial investment, starting from as little as five dollars. We raised multiple rounds from international investment funds, having sales offices in LATAM, UK, Australia  and our own R&D office in Zurich, where we work in close collaboration with ETH Zurich and Swiss Media Institute. The founding team originates from Disney Research Zurich (The Walt Disney Company) and has won two tech Academy Awards (Oscars), among other awards and achievements.

Fierce competition to win over the tech talent brought us to search for software developers to closely-located countries first. More than 50% of the tech talent at Nanos now speaks Italian. However, we also have developers working out of other exotic locations. For instance, have you heard about a city called Passo Fundo? Maybe. It’s a small town of only 200,000 habitants in southern Brazil, whose time difference is just four hours behind Zurich. With its awesome grilled meats, a beautiful cathedral and local green parks, this is the place we found one of our most prominent remote team members.

A while ago, Marcos decided to quit his steady office job and find a remote one. His hopes? No more commuting hours and struggling to find a parking spot. Getting drenched from the rain due to forgetting his umbrella? That’s all in the past now. Unsure of what would happen, he didn't foresee this decision could possibly be the game-changer for his career. After stumbling upon Nanos’ job posting on LinkedIn and going through all stages of interviews, he gained a serious career boost through Nanos! Nowadays, after getting out of bed, Marcos plays with his dog, takes a lengthy shower, has a nice homemade breakfast, walks five meters and is in a perfect mindset to start another day of coding.

As within any remote teams, schedule adjustments are prevalent. Marcos wakes up a few hours earlier, in order to have a full work day and catch up with the rest of the team on the other side of the ocean. The tradeoff? He gets to spend more time with his family in the evening.  Since November 2018, Marcos has been promoted more than once and now leads Nanos’ front end and mobile team. All done remotely. He frequently visits Nanos R&D office in Zurich, but keeps his independence and the balance between work and personal life at its best.

Is remote working an exception? More like a huge trend, which is now being picked up by others: smart and ambitious young people who do not want to leave their home country but still want a fair game and compensation when it comes to their talent, hard work, and hours being put into developing new technologies. And we, the guys driven by business logic, just have to play along.

Why I Always Leave Tips at a Restaurant
To Hire Or Not To Hire
What’s It Like to Be a Female CEO?
What Is a Tech Company?
Happy Holidays From Us
Small & Consistent vs. Big & Random
Marketing Is Not Science
Our Investors Have a Close Relationship with Us. Here’s Why.